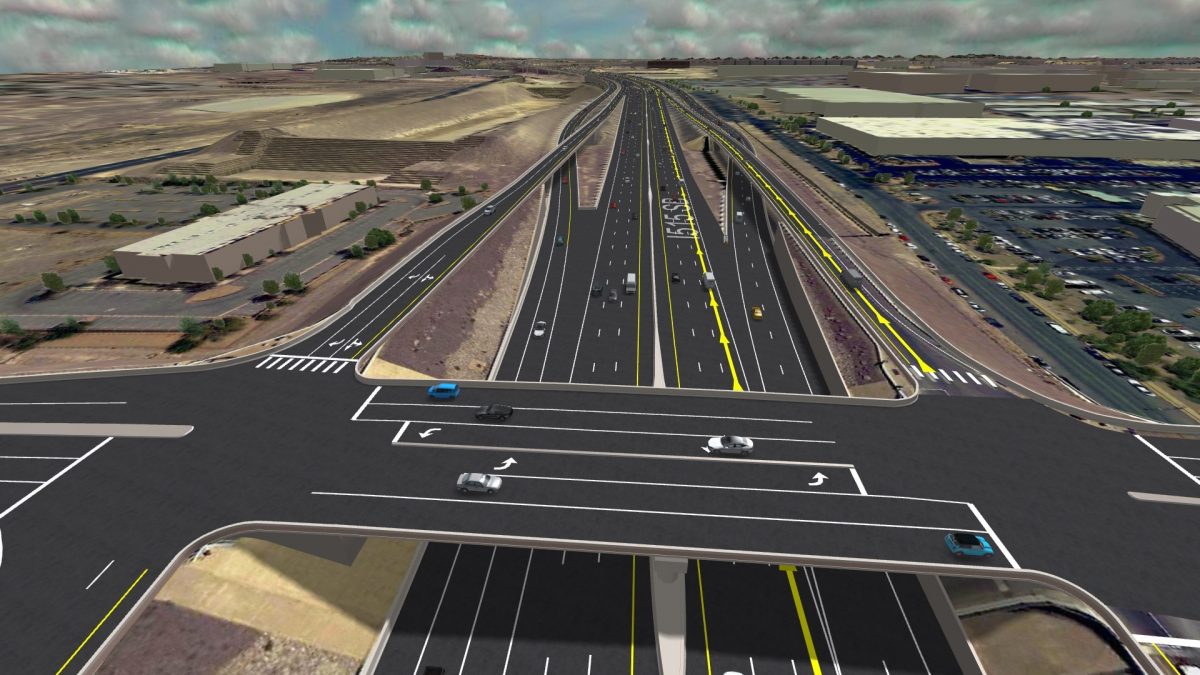 In an effort to reduce congestion from I-515 (US 95) southbound to I-215 westbound, NDOT embarked on a short-term project aimed at moving traffic smoothly and safely through the interchange. The interchange is going to be replaced in a few years, but in the meantime, it carries significant traffic with a lot of backups. This is mainly a re-striping project with no changes to roadways or structures, but it changes traffic flows and lane patterns within existing conditions. The goal is to improve safety and mobility for southbound I-515 and westbound I-215, as well as the ramp connecting the two freeways. The challenge is to quickly and clearly illustrate the subtle differences between existing and proposed conditions in ways the stakeholder public will understand. While this was perceived as a low budget and unglamorous project, the proposed changes were dramatic and drastically impacted the community. 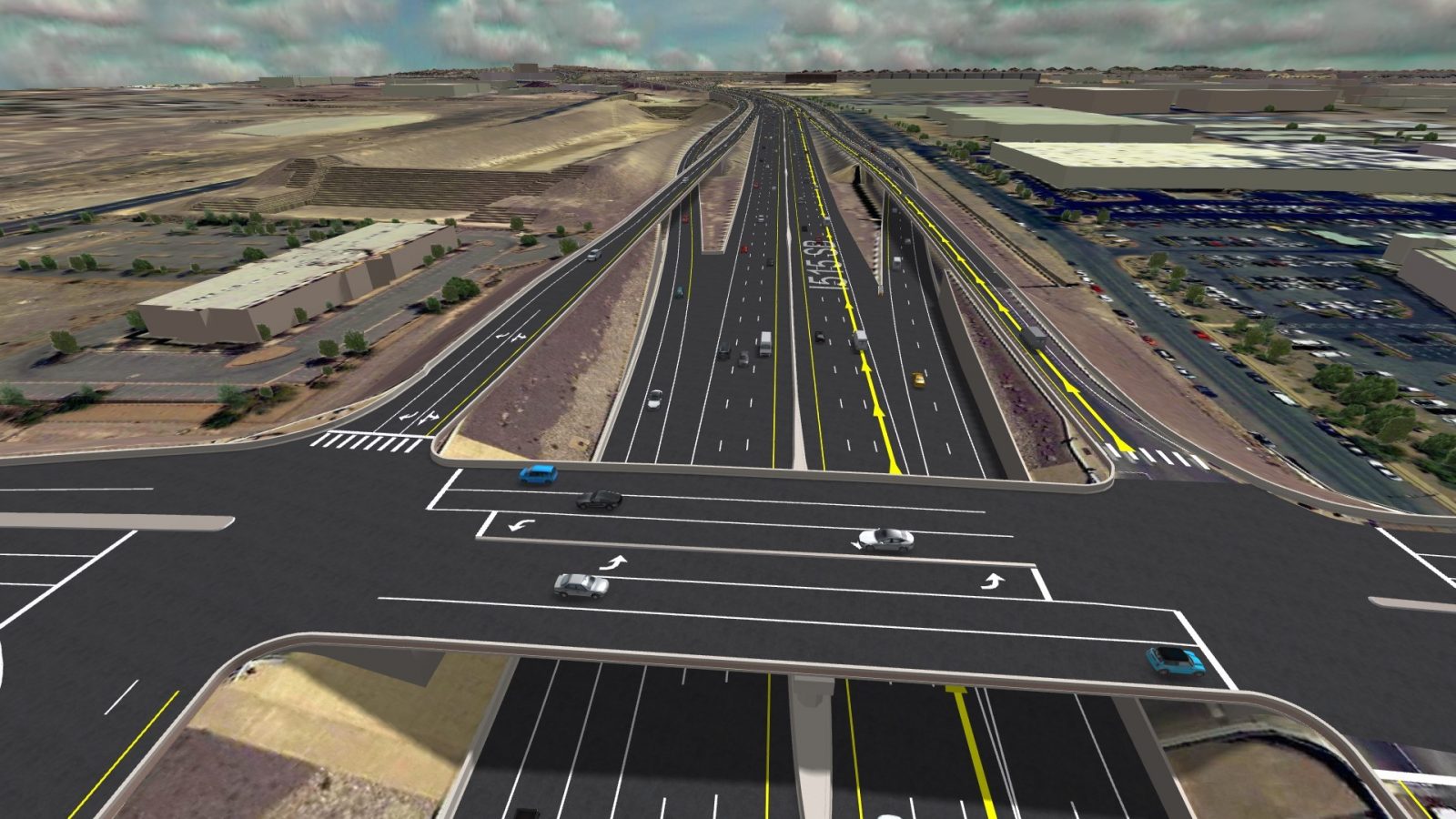 Honestly, when looking at the numbers and schedule, it would’ve been easy to pass on the project. While low construction dollars often implies low profile, Assistant Chief Project Management, Nevada Department of Transportation Lynnette Russell, PE, PMP, thought differently. In her opinion, they were setting themselves up for potential failure because they had done no public outreach at all. To add to the dilemma, the only visuals they had were the traditional technical aerials with overlaid 2D colored lines and shapes.

The aerials and street maps didn’t convey what was happening, and they knew they couldn’t rely on the public to translate 2D into 3D images. “We couldn’t put that expectation on the general public, who don’t know design work and aren’t familiar with CADD Systems,” Lynette said. 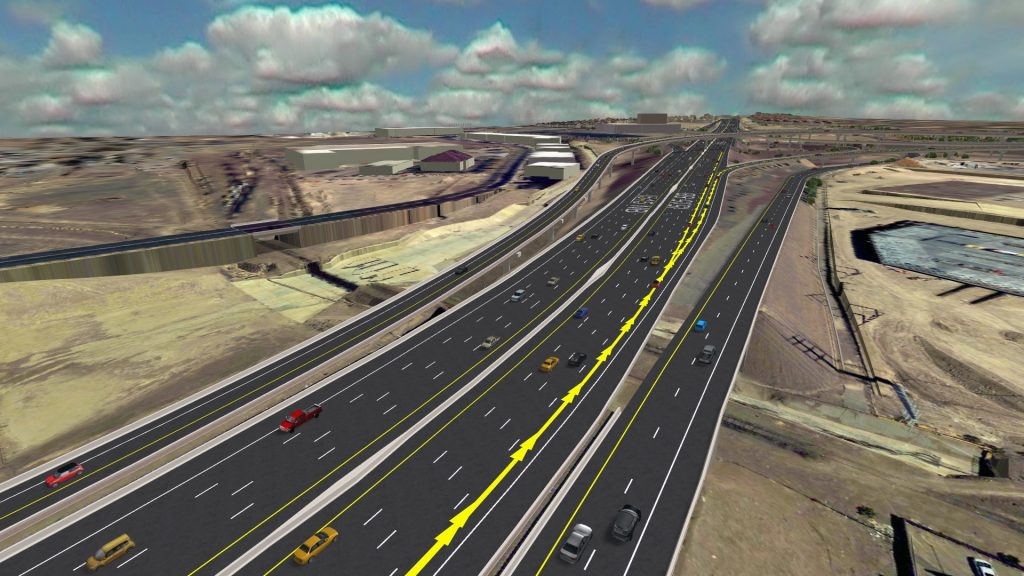 After reflecting on a past design build project that went badly due to poor public outreach and communication, it was decided that a plan was needed to avoid a repeat. Having previously seen a 123BIM presentation, Lynnette contacted RDV Systems’ Director of Operations Kevin Stewart, and the 123BIM wheels were put in motion. Kevin and the RDV team quickly took the existing Microstation design files and other available source files and created a 123BIM model of proposed conditions.

Four days later, it was delivered. However, due to the short turnaround time, it was decided to utilize some of the many ‘output’ options from 123BIM for the presentation. Kevin created a series of flythrough movies and Virtual Tours that Lynnette and her team incorporated into their presentation. “As questions came up, we pulled up movies, walked them through it, and used the Virtual Tours to show participants the before and after. It was an incredible benefit for us. We felt a lot better going into that public meeting, having a tool like this, that the public can relate to.” Lynnette said.

“This is an awesome tool to have in construction meetings. Even with people who do know how to read a set of plans, this enhances and enriches that experience.” – Lynnette Russell, Assistant Chief Project Management, NDOT