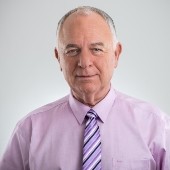 Mr. Roni A. Einav built his first company, Einav Systems in the 1970s to serve as a consulting and computer services company. In the 1990s, he branched out from the Israeli High Tech industry by establishing Einav Hi-Tech Assets, an investment venture capital company that focused on technology and is still running the company by serving as its chairman.

Throughout Mr. Einav’s career, he has invested in over thirty venture investments, several of which have been listed on NASDAQ.