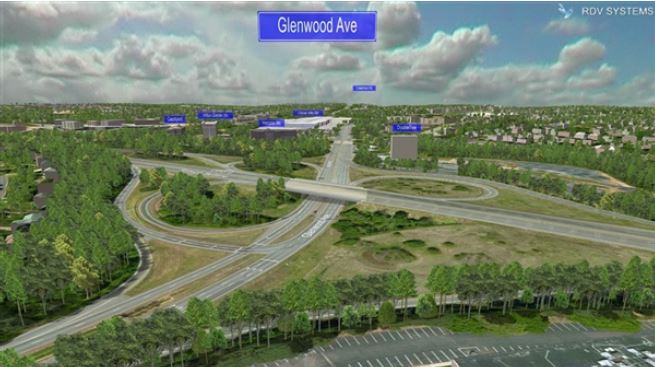 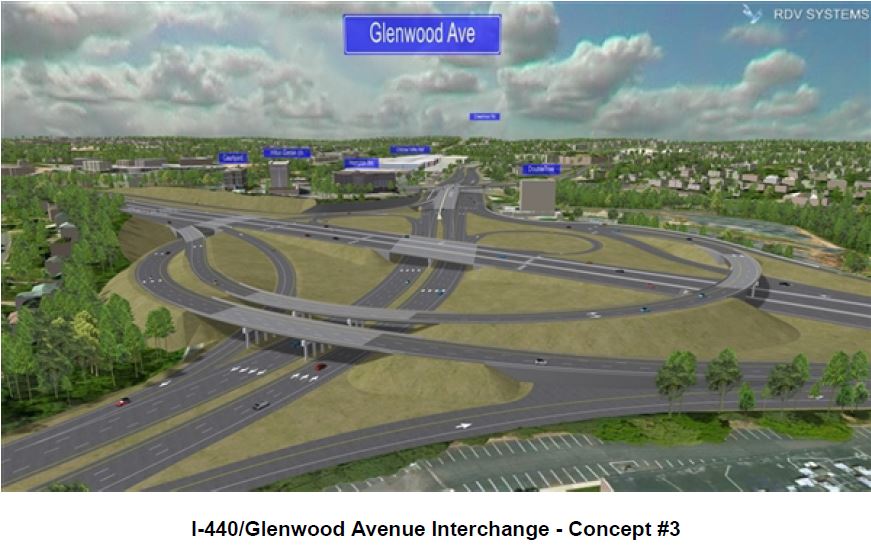 Making improvements to improve safety and ease congestion at the Glenwood Avenue interchange on I-440 in Raleigh has been a high priority for the North Carolina Department of Transportation for many years. Glenwood Avenue not only provides access to the Crabtree Valley Mall, it is also an important arterial for commuters in Northwest metro area and for residents in neighborhoods along Ridge Road, which runs parallel to I-440. A 2018 plan to create an additional interchange on Ridge Road resulted in an outcry from residents concerned about impacts to their neighborhoods and a popular movement that included “Save Ridge Road” yard signs, an online petition, and a “SaveRidgeRoad” page on Facebook.

To address public concerns, NCDOT came up with a novel approach. Three different consultants were engaged to develop multiple design concepts and kicked off the effort with a series of “listening session” meetings with the public. “We had three design firms out there listening and collecting information and tasked them to go back and use that information to develop ideas. There have been over 500 crashes in that area over the last five years so there’s a lot of need out there. Our job was to figure out how to address that need but also respect the community’s values.” said Division 5 Engineer Joey Hopkins at a press conference. 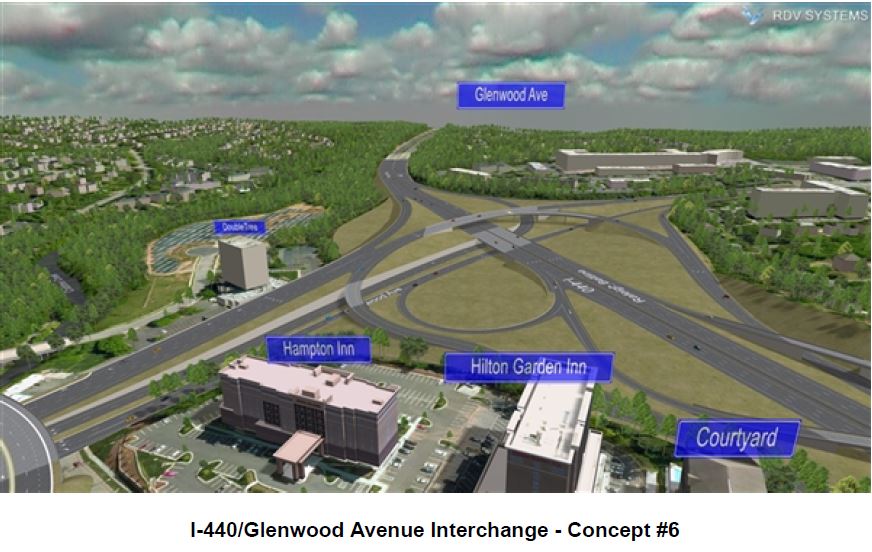 The effort resulted in development of seven unique design concepts by engineering consultants WSP, STV, and HDR. Jamille Robbins, NCDOT’s Public Involvement Group Leader, described this as an “early designbuild” process that will ultimately result in the selection of a build alternative. An open house public meeting was scheduled to present the seven concepts on June 25, 2019.

To avoid a repeat of the earlier public opposition, NCDOT turned to RDV Systems of Manchester NH, to build a 3-D virtual model of the project. “This project presented a lot of challenges”, said Megan Charles, RDV’s territory manager for North Carolina. “We had to coordinate with the DOT and three different consultants to model seven completely different complex layouts on a very short timeline.”

RDV provided an interactive 3-D project model that included the existing conditions and the seven design concepts using its unique 123BIM technologies. Each of the configurations was placed in a separate “view state”, letting DOT engineers instantly toggle between the different designs.

For the open house event, which was attended by over 300 people, the DOT set up separate tables for each of the seven designs. Each station had a large format smart screen computer running RDV’s 123BIM Navigator program, allowing live demonstration and interactive exploration by attendees. They also used flyover animation videos, virtual tours, and virtual reality headsets to help the public better understand the design proposals. DOT and consultant engineers were on hand to explain the designs and answer questions. 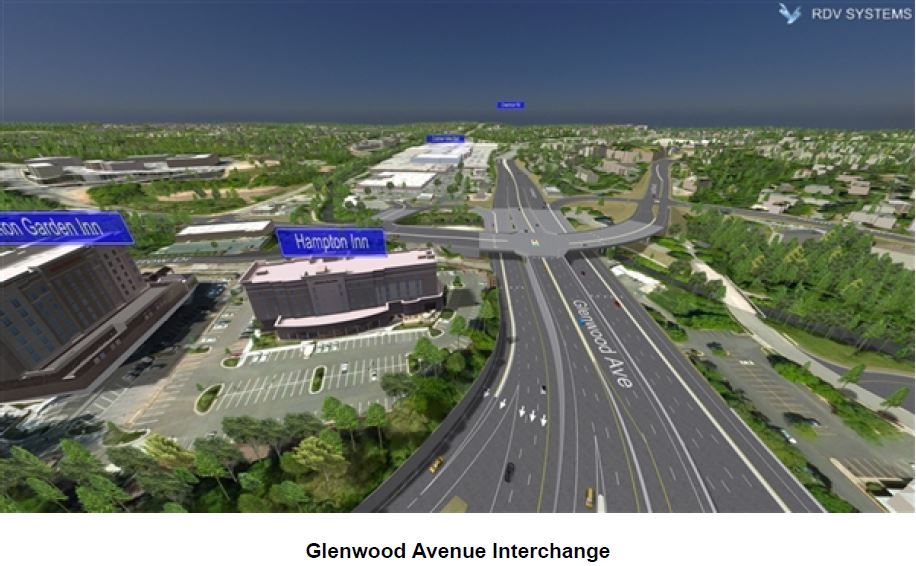