I-85 is a critical stretch of highway that connects Gastonia to other cities and towns in Gaston County and serves as a vital corridor for commuters within the Charlotte metropolitan area. Planning and development are underway on a proposed project in Gaston County that involves improving approximately 10 miles of I-85 from the U.S. 321 interchange (Exit 17) in Gastonia to the N.C. 273 interchange (Exit 27) in Mount Holly. This project would widen the existing six-lane highway to eight lanes, and involves upgrading or replacing numerous interchanges, grade separations, and river crossings.

Two public meetings were scheduled for late May, 2019. To facilitate communication with the public NCDOT engaged RDV Systems under an existing on-call services contract to provide 3-D virtual models of the proposed improvements.

“Our 123BIM technology lets us build multiple alternatives in a single model and instantly toggle between them,” said Kevin Stewart, RDV’s Director of Operations. “Given the size and complexity of the project and the number of design alternatives, we decided to develop four separate models, each covering approximately 2.5 miles of the corridor. That kept the number of alternative view states per model to a minimum, making it easier for the project team to focus in on specific interchanges as needed when talking with the public.”

The public meetings held on May 21st and 22nd featured traditional “poster board” displays of project maps and aerials with large-screen computers running the interactive RDV models nearby. According to Doug Wheatley, project manager for prime consultant HNTB, “I followed some of the attendees as they went from the poster boards to the virtual models, and it was easy to see how the model cleared things up for the ones who were struggling to understand the proposed designs. They conveyed exactly what the public needed – no more, no less.” He added, “I was impressed with how quickly RDV was able to produce and update the model from our design CAD files. We were making a lot of design decisions and changes throughout the process and they did a great job of keeping track of changes and updating the 3-D models promptly.” 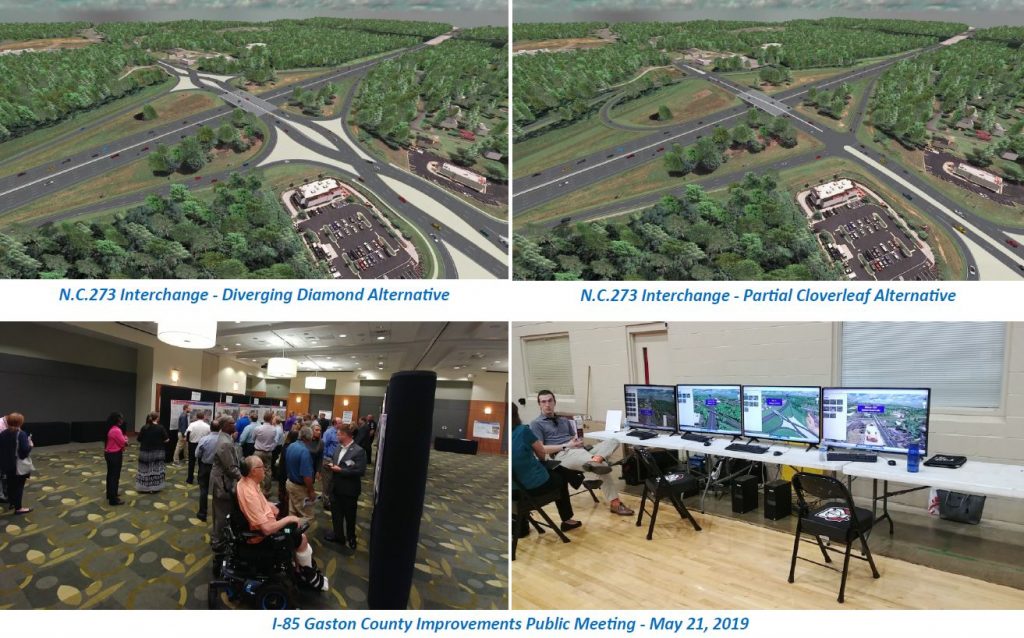