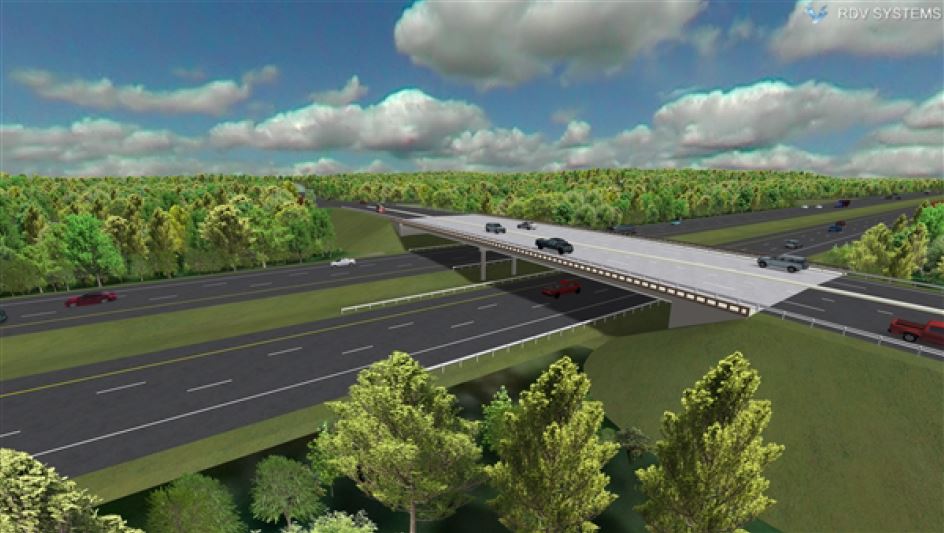 The South Carolina Department of Transportation is conducting an environmental assessment to widen approximately six miles of highway I–26 near Ridgeville, SC to improve traffic operations, accommodate projected volumes, and address existing geometric deficiencies. “With all the industry that is all around Ridgeville right now, we’ve got to have it.” said Robby Robbins, chairman of the SCDOT Commission and commissioner for the state’s First Congressional District in a news interview. “Volvo being on the other side (of town) and there’s more coming—so yea, we’re going to have to have the ability to move people in this area”. 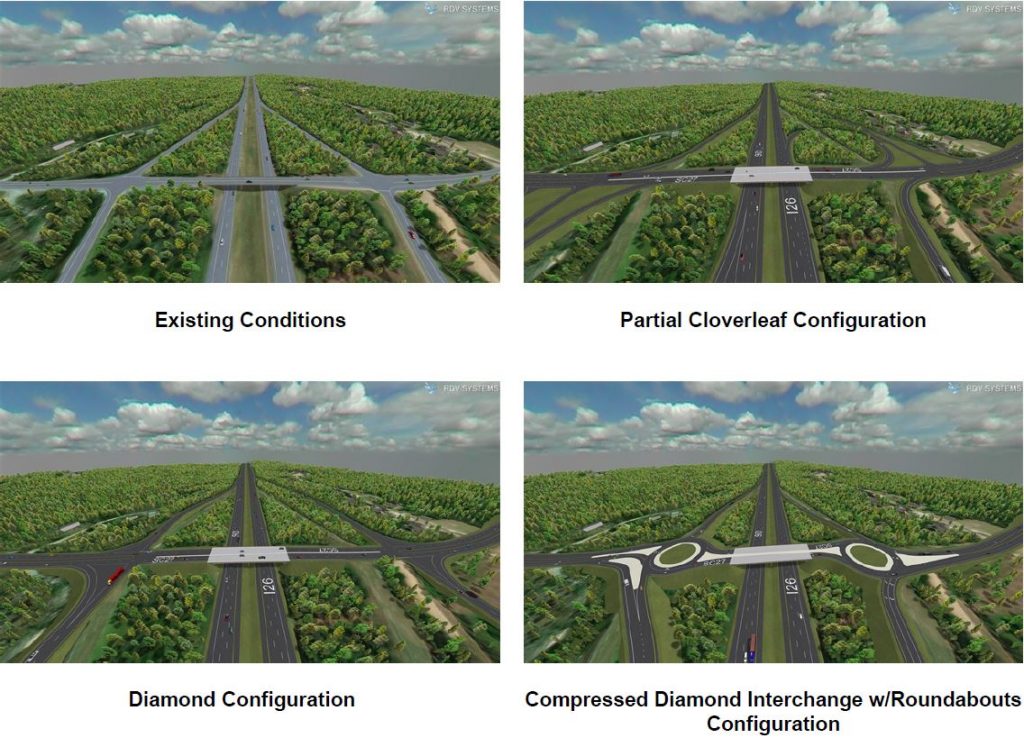 A public meeting was held in January, 2019 to present these designs to the public and solicit their feedback. To facilitate clear communication SCDOT and Mead & Hunt turned to RDV Systems to develop a virtual 3–D project visualization model showing the existing conditions and all three alternatives. “We saw that this portion of the project would be difficult to explain clearly with just plan sheets and aerial overlays. We needed a way to show each alternatively realistically and simulate multiple points–of– view”, said Mead & Hunt project manager Dan Moses.

RDV began working on the 3–D model in mid–November 2018 and delivered the finalized model in January 2019. Early reviews of the model led to a number of design “tweaks” that were incorporated into the final version. Mead & Hunt and SCDOT used RDV’s 123bim.com web collaboration system to create and share the presentation images and videos within the project team, and used RDV’s 123BIM
Navigator desktop application to show the model in an interactive environment.

A final decision on the “build” alternative is expected in Fall, 2019.