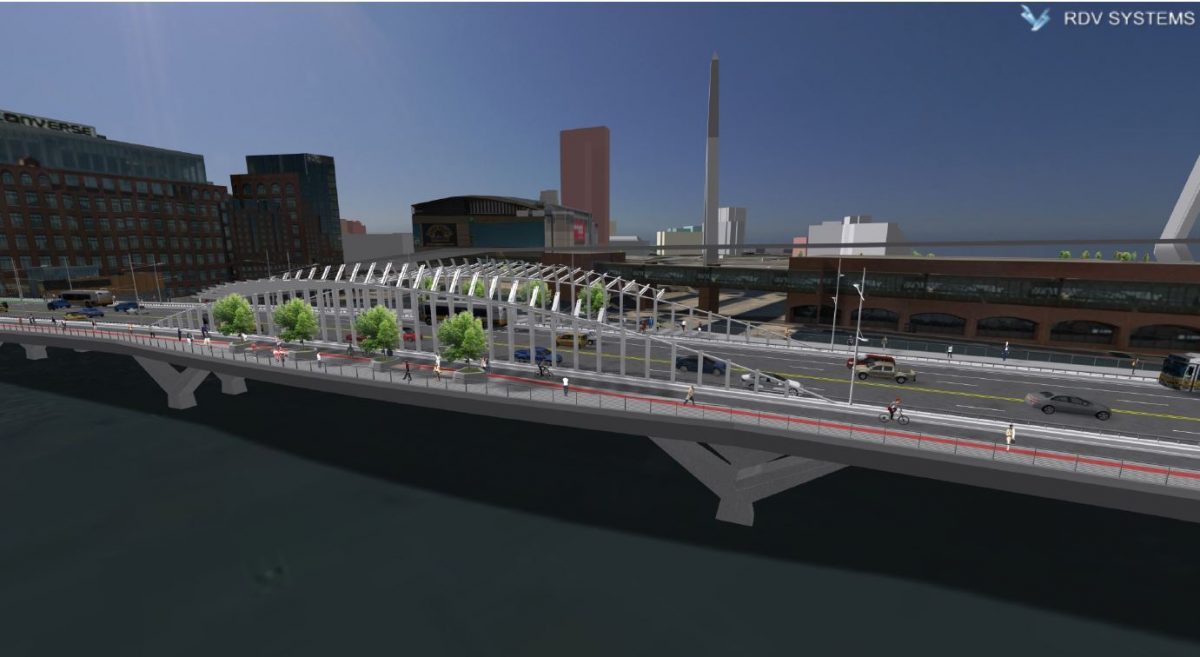 The North Washington Street Bridge on Route 99 is an important Boston arterial. It is the Easternmost bridge over the Charles River and provides local residents, commuters and bus riders with a vital connection between downtown Boston and Charlestown. It is also part of Boston’s famed Freedom Trail, connecting the North End neighborhood with other tourist destinations such as Bunker Hill and the U.S.S. Constitution.

Over more than a century of service, the bridge has been reconfigured and repaired multiple times to extend its lifespan. It currently costs the City of Boston between $3-5 million each year to keep it operational. Construction of a new “complete streets over water” bridge started in late 2018 and is expected to take up to 5 years to complete. Construction will include erection of a temporary parallel bridge, and several stages involving rerouting of traffic on the bridge and at the intersections on each end.

Faced with the challenge of communicating a complex plan for maintenance of traffic to the City of Boston and the public, contractor J.F. White turned to RDV Systems of Manchester, NH to provide a virtual model that shows not only the completed bridge, but all of the traffic routing configurations throughout the construction process. RDV came up with a very practical approach for developing a “4-D” model that shows the project changing over time.

According to Kevin Stewart, RDV’s Director of Operations, “Traditional 4-D models usually show incremental steps of construction tied to a scheduling system and includes placement of equipment and materials. This is very laborious and quite expensive, and in this case complete unnecessary. Given the short time frame and budget constraints, we focused on a single goal – communicating traffic flow changes during construction to the public.”

Temporary Layout of Bridge and Intersection 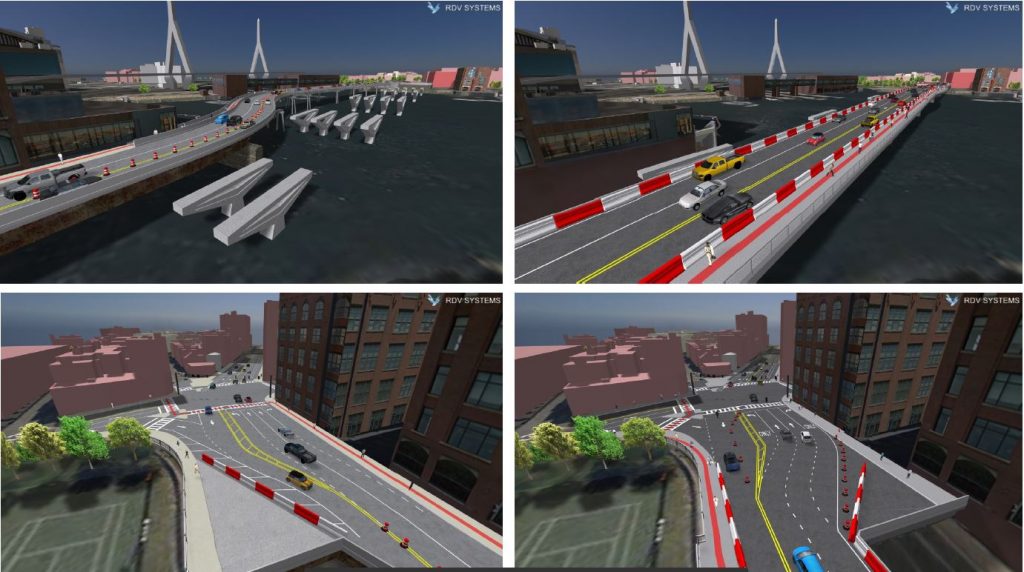 The RDV visualization technology includes assignment of model elements to layers, and the ability to use these layers to set up predefined View States. The resulting model included view states for the existing conditions, the final bridge and intersection configurations, and configurations at the four stages during construction where traffic flow patterns will change.

The initial 4-D model was delivered in two weeks for review by J.F. White and MassDOT at a cost that was well within their limited budget. The modeling of the surrounding existing conditions was facilitated by the availability of detailed Sketchup models of existing buildings from the Boston Planning and Development Agency’s website. As is often the case, seeing a 3D virtual model resulted in several significant improvements to the traffic maintenance plan which were quickly incorporated into the final product.

The 4-D model was used to create a “storyboard” video with titles and captions describing the traffic flow changes at each stage on the bridge itself, and at the signalized intersections at both ends of the bridge. JF White and MassDOT conducted three public meetings in different neighborhoods, and used this video to educate the public and other stakeholders on the traffic maintenance plans.

“From the initial contact with RDV to the completed project RDV always quickly responded to the changes requested by JF White during the building of the model. RDV also assembled several video versions to be used during the public meetings. With the short duration that JF White had to assemble the videos, RDV met all of the task deadlines and JF White will definitely use RDV in the future.” –Robert Nies. Project Manager, J.F. White Contracting